Ok, fresh back from Bulgaria, and I'm missing my easy access to veggies on the run.  In Bulgaria, every restaurant had decent salads - a combination of simplicity, no dressings to screw up, and a seeming fanaticism for fresh and flavorful veggies! 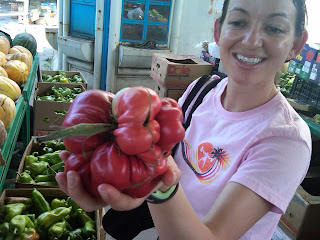 The salads aren't the typical lettuce salads of America, instead they are typically simple combination of ingredients, like non-American cucumbers, tomatoes, mild or sweet chilis, onions, and parsley (not the curly stuff, either).  They are nearly always topped with serine (Bulgarian feta cheese).  There are a few options; olives, hard boiled eggs, and ham, not to mention basil instead of parsley, roasted peppers, pickled peppers, pickled onions, garlic, and more.

The choices of salads on the Bulgarian menu is staggering, but just to make it fun, they are all virtually the same, each just has a little twist.  ..and rather than say "Shopska Salad" -- which is tomatoes, peppers, cucumbers, onions, parsley, and cheese -- then list the options, they give each one a name.  Village Salad is a Shopska with eggs. Shepherd's Salad is a Village with ham.  Fresh Salad is Shopska sans cheese.

To make things worse, how it's cut up and arranged can mean a whole new list of names!  Once I ordered something called Bright Salad, and what came to the table was a Fresh Salad, but it was arranged like a veggie tray, in cute little rows.

As confusing as this sounds, they were all good, and sometimes I'd just order things to see what showed up.  With the exception of the time I got a plate of sliced tomatoes and cucumbers in two straight rows, with a tiny pile of parsley at one end and a tiny pile of green onions at the other, I was pretty happy.  Actually, that was good, too! Who am I kidding?

Time to make my own! 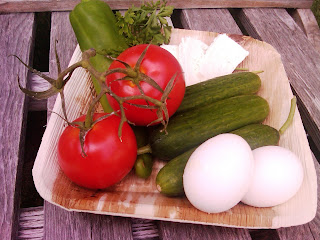 In the US of A, it's hard to get tomatoes and cucumbers that are good. Our supermarket tomatoes are picked green and allowed to "ripen" on the way to the store, so are pretty tasteless. Our cucumbers here are huge and watery -- tasty, but not what I'm looking for. The Greek or Mediterranean market is where I get my produce, unless it's Saturday and I can hit the farmers' market.  As to the cheese, the feta from Trader Joe's is good stuff, but I can get Bulgarian cheese at the Mediterranean market or Alpine Village. To be authentic, you need sunflower seed oil, but I'll pass on that and go with olive oil instead.  Uh oh, I hope that doesn't change the name of the salad again.

Shopska Salad
or Village Salad, or Shepherd Salad, depending... 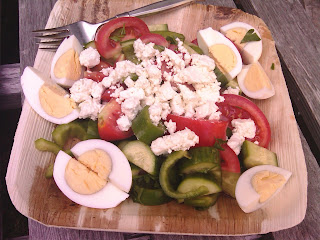 Directions
It's pretty obvious, but wash and cut up the veggies and parsley.  Toss and sprinkle with the crumbled feta. Serve with salt, oil, and vinegar on the side, but these are often ignored in Bulgaria.  Salads are simple, and the juices from the tomatoes tends to mix with a bit of the crumbled feta, so a dressing almost makes itself.

Optionally, add olives.  Or top with hard boiled eggs, making it a Village Salad.  Add some ham, and it's a Shepherd's Salad.  I'm sure there's yet another a name for it with with ham but no eggs, but whatever... 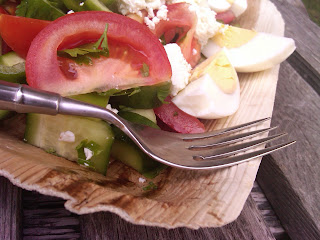 I've made a Bulgarian salad at least once a day since I got back, even hitting the Mediterranean grocery store on the way home from the airport. The salads are that good! ...or I miss Bulgaria.  ...or something back in Bulgaria.  Someone? There's always salad...
by Roland Denzel , somewhere around 7:46:00 PM

Email ThisBlogThis!Share to TwitterShare to FacebookShare to Pinterest
labels-- a passion for cooking, bulgaria 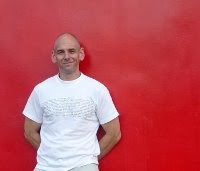